Toothache - What to do? How to Remove Toothache?
[Painkillers]

What to do if you have a toothache?

How to remove and soothe, how to relieve a toothache in the affected tooth?

A toothache is a pain feeling that occurs in the affected tooth or the surrounding tissues - the periodontium.

As a rule, a twinge of toothache appears with inflammation and disintegration of the neurovascular bundle - the pulp.

Inflammation or damage to various kinds of alveolar tissue can also cause aching toothache:

Do not reassure yourself that a sharp toothache at night or during the day arose by accident. For example, with caries, the tooth hurts due to the presence of a cavity and infection.

You can temporarily remove pain in the affected tooth with pain relievers, but only a dentist in a specialized clinic will help you to get rid of pain feelings.

Analgetics for toothache in Ukraine 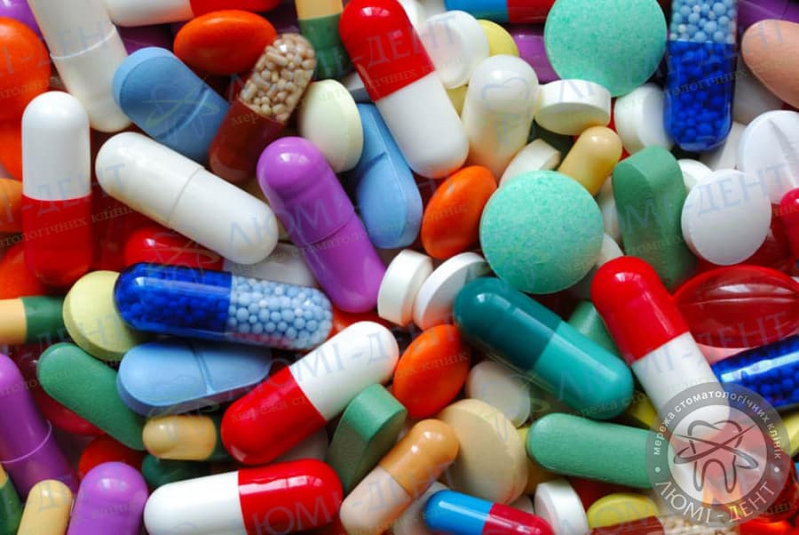 The following 2 types of effective drugs - strong analgetics can relieve you of a toothache for some time:

A more complete list of names of pills for toothache - how to anesthetize a tooth in Ukraine:

Also, in case of a toothache, there are the following effective drugs:

How to remove a toothache at home?

Photo. You can soothe a toothache with garlic. 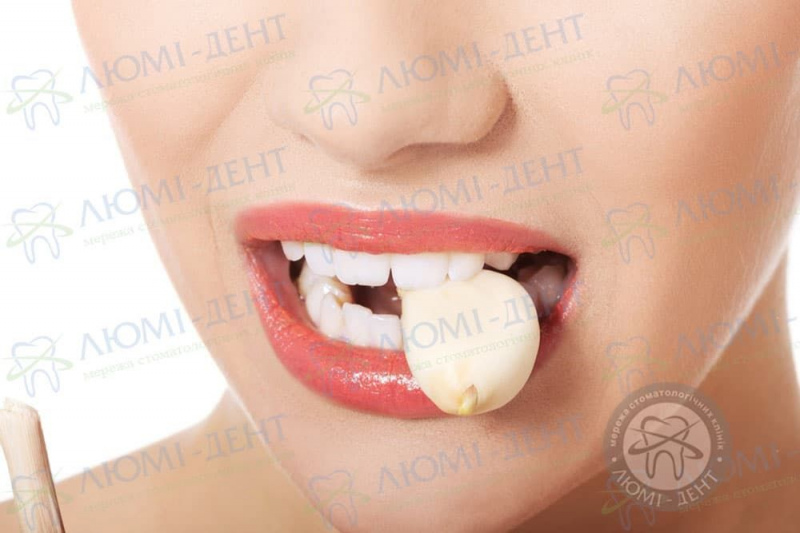 Tips on how to get rid of a toothache at home without drugs:

More recommendations - how to remove a toothache at home:

Home remedies - how to remove a toothache at home without drugs:

What to do if you have an extreme toothache? 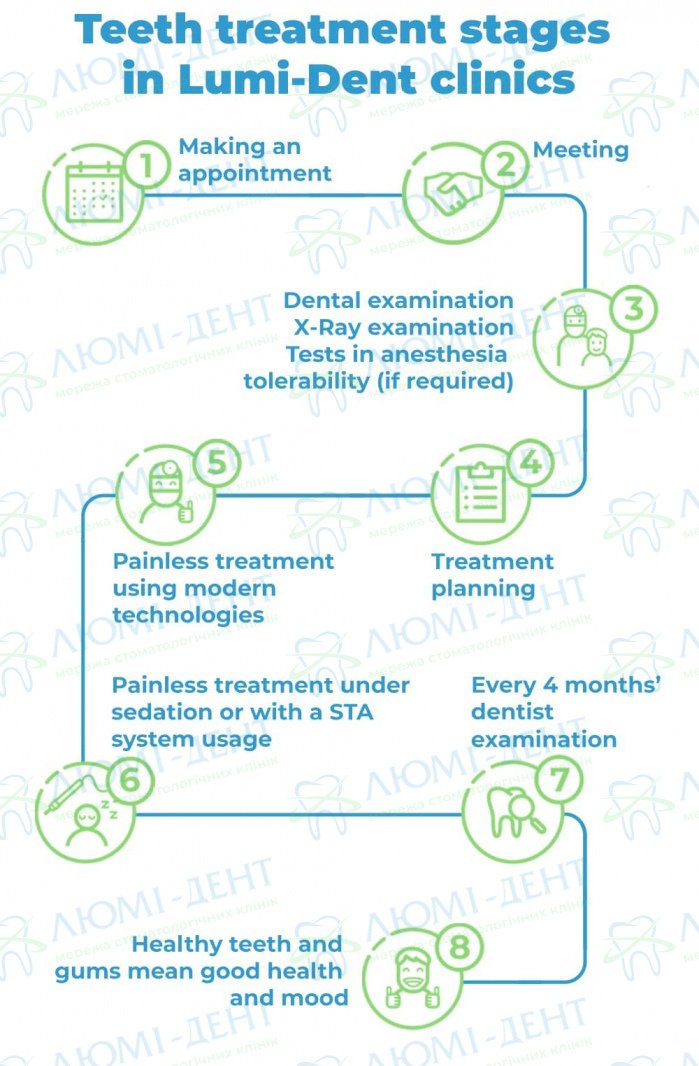 Toothache Treatment - How to Treat and Cure it?

The main steps to remove a toothache in dental clinics:

It usually takes no more than 5 minutes;

It is held directly here, you do not need to go anywhere. Either a digital sighting dental image is made using a radiovisiograph, or a computed tomography of the segment. Such a diagnosis is necessary to understand the nature and cause of a toothache;

In our clinics, local anesthesia is carried out using a unique computer anesthesia, which is equipped with every doctor's office.

Photo. Acute pain in dentistry can be immediately relieved by STA anesthesia without a syringe. 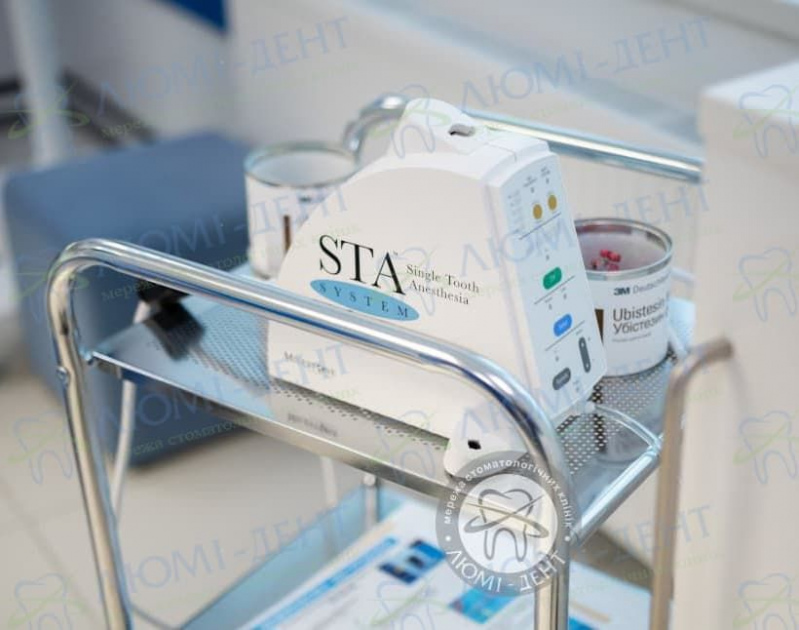 At will, the patient is immersed in a medication sleep. It is a safe general sedation in which you sleep during the treatment procedure. Our clinics are equipped with special equipment for treatment under general anesthesia, we are licensed for this service.

The main advantage of treatment in Lumi-Dent clinics is that we serve all people with extreme toothache out of turn, to provide ambulance services. While waiting for an appointment, you can immediately ask for analgetic at the reception.

Thereafter, already in a comfortable state, we will sign you up for a further scheduled appointment.

Photo. Treatment with a microscope at the Lumi-Dent clinic. 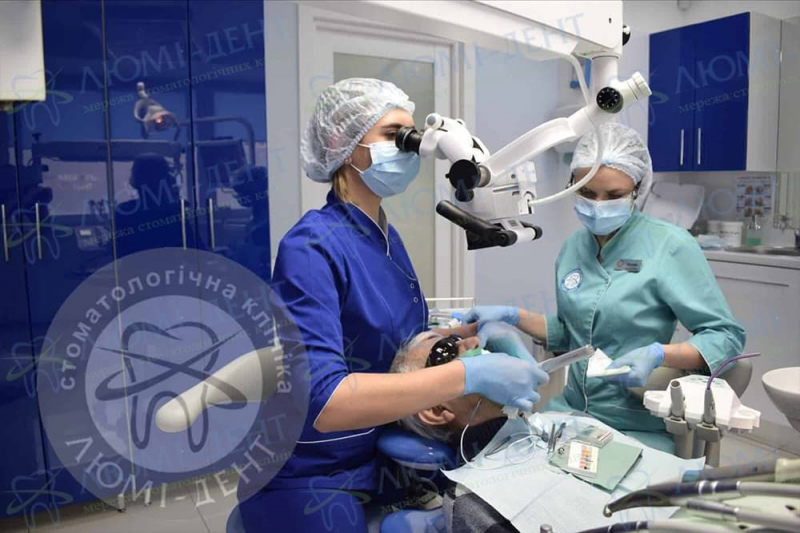 How to remove, relieve and soothe extreme toothache in a short time?

Dentistry treatment is often associated with intense experiences for many older people. But all of this is a thing of the past. Modern technology and the latest generation of pain relievers help to relieve a toothache in a short time.

Therefore, if you have extreme toothache at night - do not postpone your visit to the doctor - in the morning you should visit the dentist at the Lumi-Dent clinics.

Every day of attempts to get rid of pills and folk remedies for toothache at home will lead to the fact that the tissues are more destroyed and your treatment will be much more expensive.

In addition, significantly advanced caries threatens not only with removal by the surgeon, but also carries a serious danger to your life. The purulent process gradually spreads lower into the cervical spine, then to the heart, which can cause death.

Why does a toothache appear?

Most often, a tooth hurts for the following reasons:

It is an excessive sensitivity which occurs due to the occurrence of wedge-shaped defects, exposure of the necks, significant abrasion of the enamel, and trauma.

Hyperesthesia is expressed by aching toothache when exposed to stimuli, eating food. At the same time, soreness is felt only when the stimulus acts, and quickly calms down when it is eliminated.

What should you do if a toothache appears during hyperesthesia?

This tamper-evident seal has a neutralizing effect of adverse factors (pain reagents, temperature changes, other chemical and physical reagents), and prevents toothache. 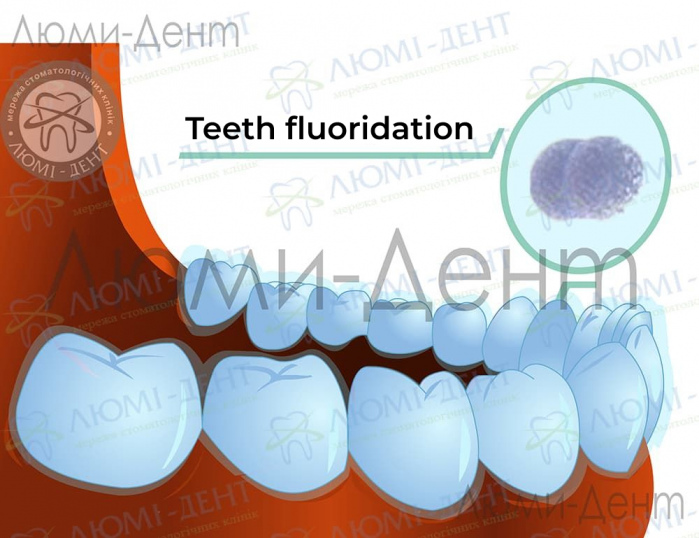 Traumatic fracture is a mechanical injury in the supragingival or subgingival part.

In case of injury, most often part of the crown breaks off with exposure of the nerve, the tooth hurts while eating, as well as when exposed to various stimuli.

What should you do if pain appears during a traumatic fracture? 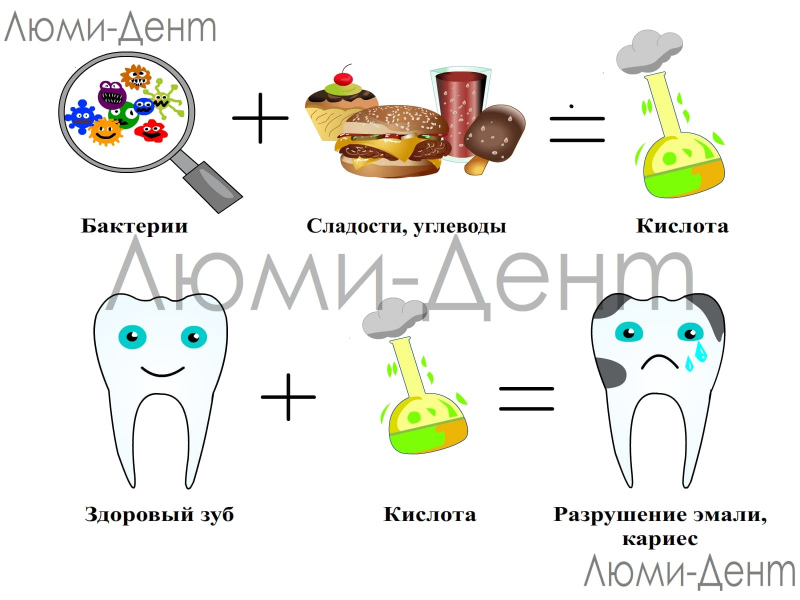 Caries is a slowly destructive process in the enamel and dentin, which eventually leads to the appearance of a cavity (carious), or, as they say in everyday life, a hole in the tooth.

Carious lesions are the most common dental disease. In the absence of medical care, caries can significantly destroy the tissues of an affected tooth.

With a lesion, a toothache is severe or periodically nagging, a tooth hurts when food enters the carious cavity or is exposed to high or low temperatures.

A tooth affected by caries can hurt due to the effect of various stimuli (usually cold and heat) on the exposed nerve endings of the pulp. After eliminating the irritating factors, the toothache disappears.

What should you do if a tooth with caries hurts?

To cure a carious lesion, the dentist removes the cause - cleans the focus and places a filling on the tooth, made of modern high-quality materials.

Pulpitis is a situation when a tooth hurts from an inflamed nerve - the pulp.

The disease is accompanied by acute toothache, the entire jaw hurts for no reason, more often at night. The longer the inflammatory process lasts, the longer the tooth will disturb.

In the initial stages of nerve inflammation, the tooth hurts a lot for several seconds, after which the pain quickly disappears.

Acute toothache is characteristic of purulent pulpitis. The pain can be so extreme that even pain-relieving pills will not help to lessen pain at home.

In the neglected cases, the pain is constant and spreads to all parts of the trigeminal nerve, it becomes especially unbearable at night. It can happen that a tooth is sick from food, mechanical and chemical reagents.

If untreated, the acute form of the disease is transformed into a chronic one. Aching toothache at night is lessened and occurs in case of mechanical or temperature stimuli (from cold), especially when cold air is inhaled. 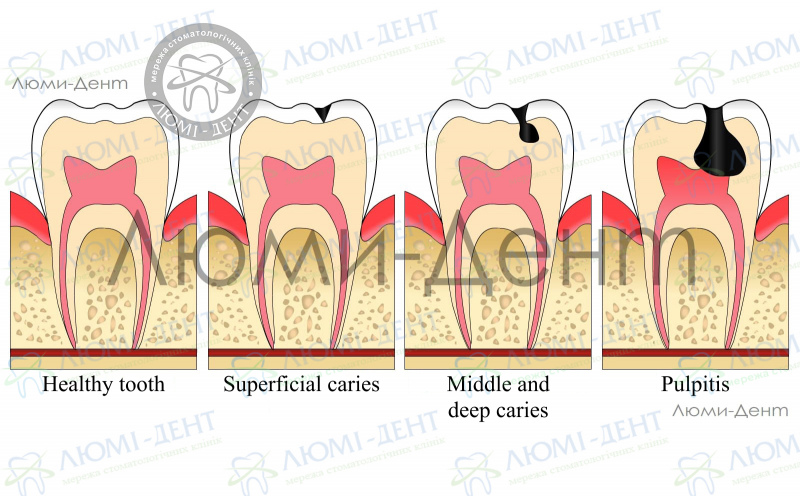 How to anesthetize a tooth?

The situation becomes more difficult if it hurts under the prosthesis - what should be done in this situation? A tooth hurts under a crown or bridge most often due to the same pulpitis or periodontitis - inflammation of the tooth nerve.

For the dentist to be able to access the pulp chamber and root canals, the bridge or crown must be cut and removed.

If the crown is thick (metal), and there is not much time, it is allowed to simply make a hole along the chewing surface, and through it, remove the inflamed nerve and treat the canals.

Periodontitis is an acute or chronic purulent inflammation of the ligamentous tissue surrounding the root - periodontal.

In this case, the diseased tooth is sensitive after pressing on it. The stage of inflammation affects the intensity of pain.

There are 2 known forms of periodontal inflammation:

During the acute form, a person experiences severe toothache, especially the root of the tooth hurts when biting on it.

It is possible to enlarge the lymph nodes located under the lower jaw and in the neck. During chronic inflammation, the jaw does not bother so much, more often the root of the tooth hurts when it is hot, and sometimes there is no pain at all. 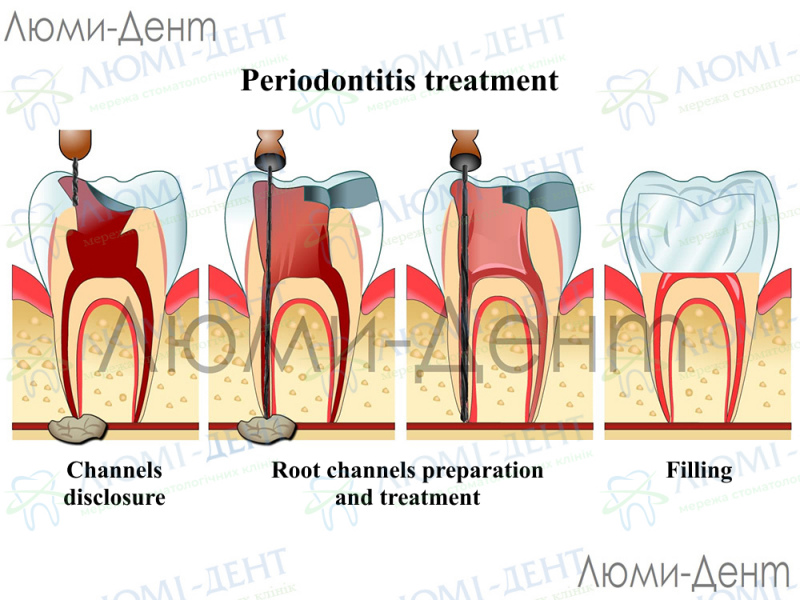 How to anesthetize a tooth?

What a dentist usually does if a tooth aches due to periodontitis:

Sometimes dentists resort to surgical treatment - they remove a tooth cyst or granuloma at the root of the tooth. During the operation, the gums are cut, then the damaged areas of the hard tissue of the jaw are cleaned. Then stitches are applied, which are removed after a week.

Periostitis is a purulent accumulation between the bone tissue of the jaw and its dense outer shell - the periosteum, due to inflammation that spreads rapidly.

This disease is popularly known as flux.

With this disease, the toothache is severe and acute.

In addition to having a toothache, other unpleasant symptoms appear:

In such a situation, you should take a strong anesthetic pill, and consult a doctor immediately!

What should be done if a tooth kills you during periostitis?

Before visiting a doctor, the following will help you to relieve pain:

Usually, these measures are enough to partially remove the throbbing toothache.

What the dentist will do if a tooth aches:

Photo. This is what a tooth abscess looks like. 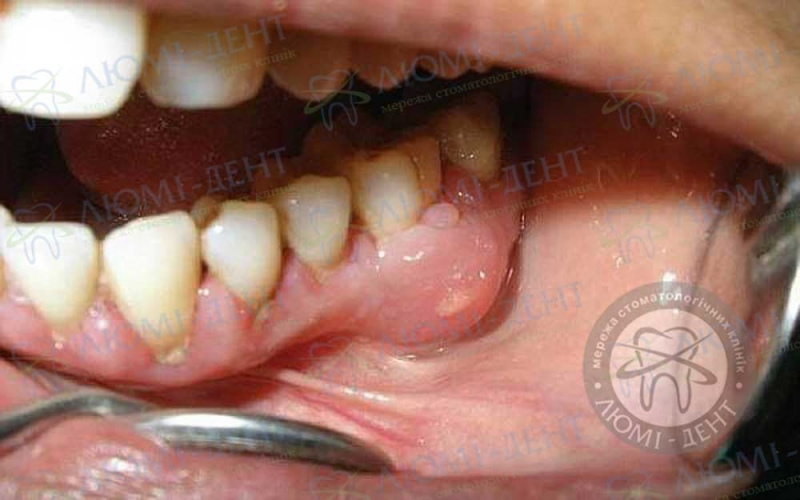 For several days, the patient rinses the mouth thoroughly to remove exudate. Then the doctor opens and treats the canals of the diseased teeth.

If the treatment does not give results, the edema remains and the tooth again gets sick - it is removed, after which the abscess is opened.

Pericoronitis is a dental disease in which the gums surrounding the third molar swell and ache, which makes you feel like a tooth hurts.

The jaw hurts on the side of the erupting third molar due to food debris that penetrates under the dental operculum, and subsequently decomposes.

What should be done if a tooth hurts extremely during pericoronitis?

Take the pain pill and quickly get to the dentist's office.

What does the dentist do if the third molar hurts during pericoronaritis: 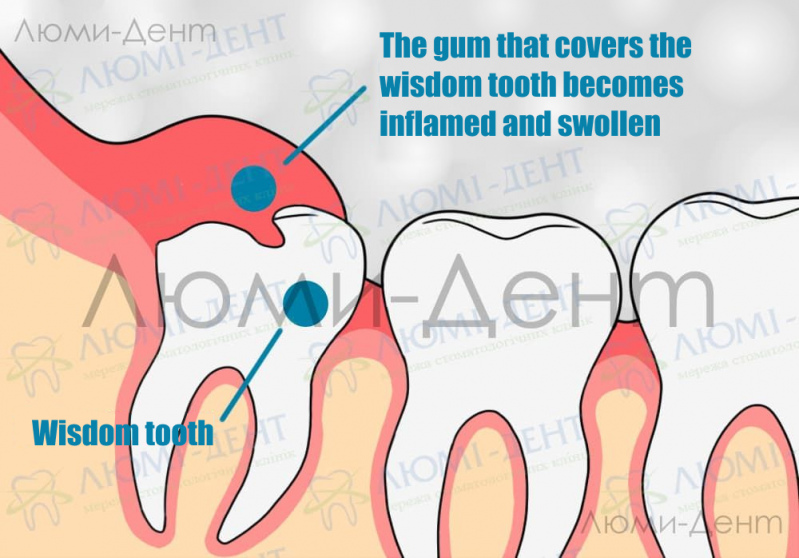 We have an answer - how to effectively remove a toothache and cure bad teeth. Toothache pills help only temporarily, but they will never remove the real cause of the problem.

If you have a severe toothache and have caries, the specialists of the Lumi-Dent dental clinics will help you to soothe your toothache. 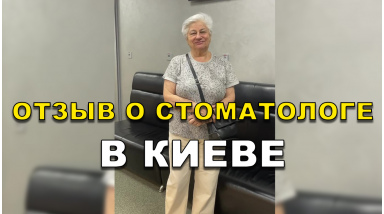 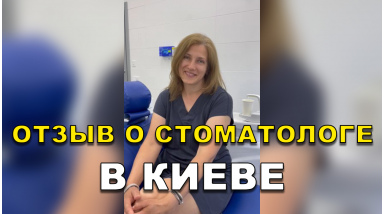 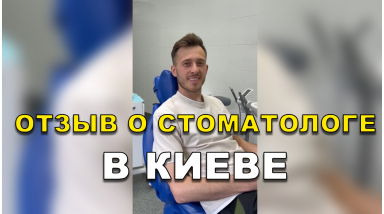 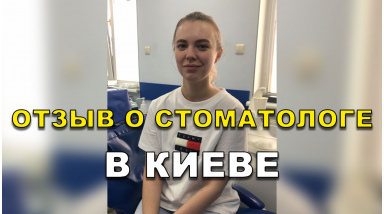 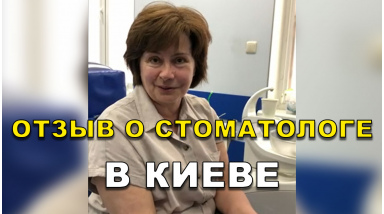 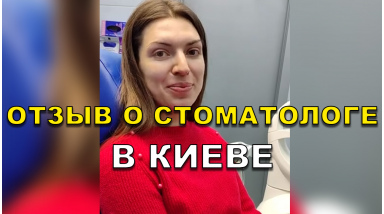 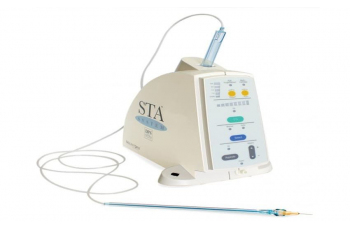 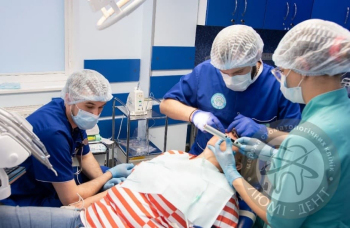 Until prices rise - sign up for a free consultation!